I am writing this on a plane, having endured several minutes during take-off without my electronic equipment turned on. But as soon as the seatbelt sign went off, my laptop went on and I got down to work, slightly frustrated that so few flights have WiFi yet. I’m not the only one who waited for the signal to spring into action. Around me, many passengers now have earphones in: some watch movies on iPads, some listen to music on iPods. A few absorb themselves in the more traditional media of newspaper and books.

It’s a reminder of what a rapidly changing world we inhabit. The pace of technological change is faster than it’s ever been. Many of us in the most economically developed countries find we’re so hooked into the various forms of electronic communication that we feel lost without them. It’s not just the west which has witnessed such transformation. As the cost of media technology steadily drops, so its global reach grows. The media now affect every part of the world, and every sphere of society. The west has undergone this change over a few decades, but some parts of the world are experiencing it almost overnight. Over the last twelve years, the growth in internet usage in north America has risen by 153%, but in Africa the growth over the same period has been a staggering 3,600%. Satellite television dishes point to the sky in Indian villages and middle eastern cities. Pirated DVDs of the latest Hollywood blockbusters are sold in marketplaces across the world. As cultural commentator Thomas de Zengotita observes, we have become ‘mediatised’. 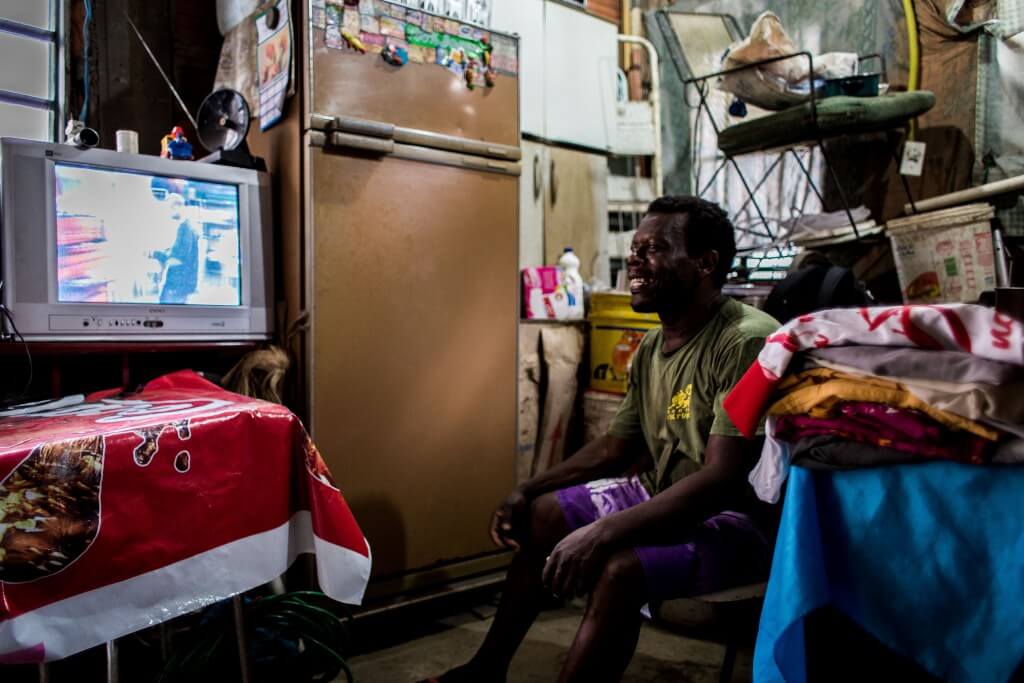 This revolution in communications is full of exciting possibilities, but brings hazards too, since media technology carries media messages. In every city there is a mix of global and local media. Through news media and creative media, people encounter information, stories, and ideas from far away as well as from close to home. How does this affect us as individuals and as communities? At the very least, it means that everyone must grapple with competing ideas, values, perspectives, and visions of what a good life entails. Much western media is fundamentally secular and deeply materialistic, which is at odds with the prevailing beliefs and attitudes of many cultures.

Believers from numerous countries have told me that they know how to engage with the predominant local religion, but struggle to know where to start with secularism. They can see their cultures changing under the steady drip-drip influence of western media, but feel powerless to respond. A surprising number of cross-cultural missionaries – including those from western background – have admitted to the same problem. 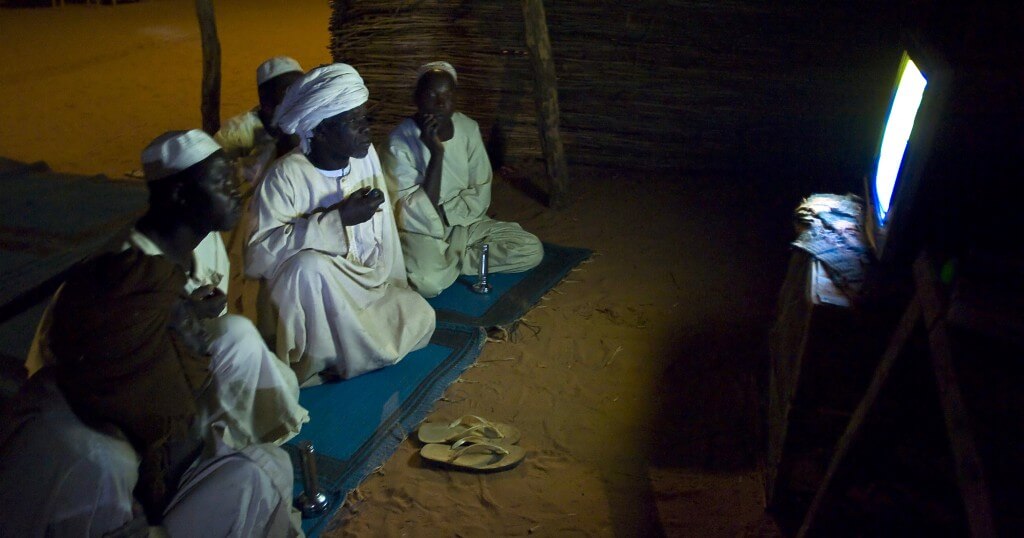 But this is, sadly, not entirely surprising. It seems that many – perhaps most – churches, Christian organisations and institutions have failed to recognise that developing media awareness is a profoundly important dimension in mission. Few churches help their members to reflect on what it means to be disciples of Jesus Christ in a media culture. Even fewer equip people to reach out to their friends by engaging with the mainstream media. And few Christian educational institutions are training their students in understanding and responding to mainstream media. Yet this kind of serious reflection, equipping and training is vital if we are to connect with people who spend much of their time immersed in media of some sort or other. This is a pressing missiological concern.

The question of exactly how we should engage with mainstream news and creative media is more complex than can be explored in a short article. It is a critical one, though. It’s tempting for many Christians to think only in terms of withdrawal from the culture, and condemning the media, because we’re all too aware of how ungodly much of our culture is. But disconnecting from culture is a dangerous trap, which leaves us unable to engage with the very thing which profoundly shapes our societies. There is an opposite trap, however: identifying with our culture so closely that we become submerged in it, leaving us unable to communicate the good news with integrity. Neither way is biblical, and neither way enables us to engage meaningfully with a lost world. We need to walk a tightrope between these two traps of escapism and conformism.

In the World, Not Of the World 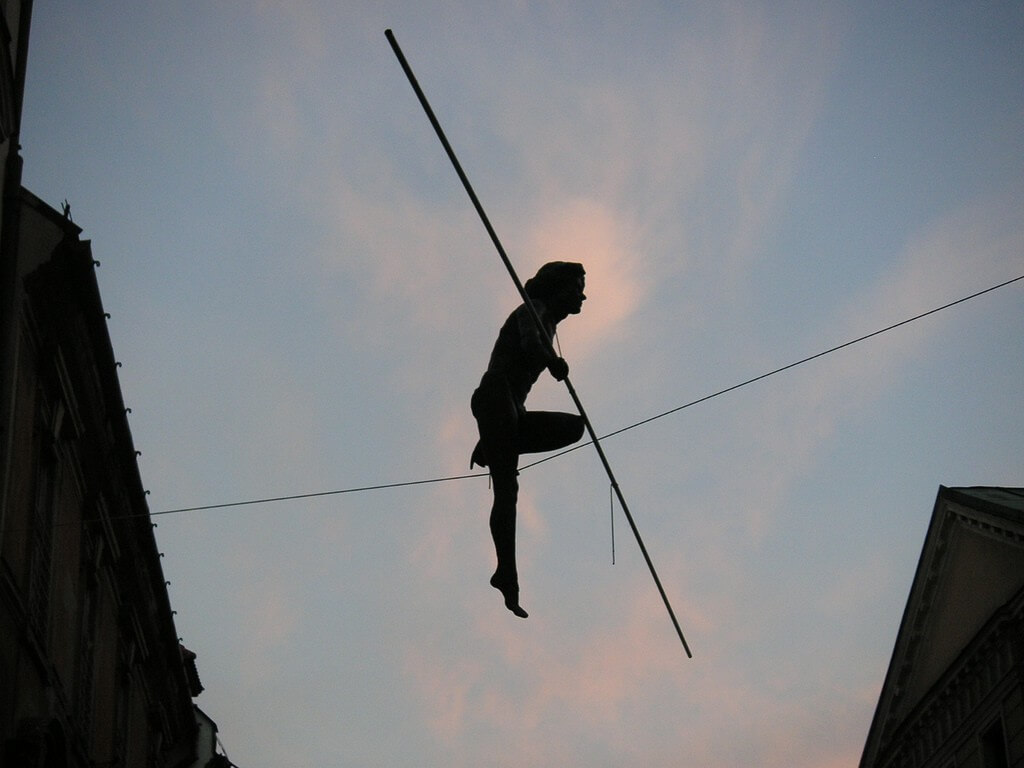 Jesus’s great prayer in John 17 recognises that we are in the world and need to stay there, but that we are not of the world, and must be distinct from it. We must maintain our holiness and distinctiveness as Christians, but we are to be thoroughly engaged with a world that desperately needs to know Jesus Christ.

What does that mean in practice? We need to reflect on the opening chapters of Genesis which show us that, as God’s image-bearers, we are culture-makers, but also that, as rebels against God, we are culture-corrupters. We need to consider what it meant for Daniel to be so embedded in the pagan culture of Babylon, yet without compromising himself. We need to work through the implications of the Lord Jesus Christ’s incarnation: giving up the glory of heaven to live as one of us, fully immersed in human culture yet challenging it and ultimately redeeming it through his redemption of those who are to be the Bride of the Lamb.

A key model for engaging with culture is found in Paul’s example in Athens (Acts 17:16–34), where he engaged with the popular ideas (and the media – the writers, playwrights and thinkers) of his day in ways that connected with his pagan audience and enabled some of them to respond. Like him, we need to take a good, hard look around us, carefully observing (Acts 17:23) what people are giving their lives to, what they are committed to, what shapes their beliefs and values. And then we must work at communicating the good news in ways that are genuinely relevant to the people we’re trying to reach. Three aspects of his communication need to become an integral part of ours.

First, we need to recognise that all truth is God’s truth, whether or not it comes from the pen of someone who is a Christian. We can affirm the truth that these rebellious image-bearers have caught on to; we can celebrate some of their insights; we can recognise when they ask the right questions. There are points of connection and elements of continuity; we can find common ground, not least in our common humanity.

Second, we need to be clear and uncompromising about the areas of tension and discontinuity so that we can challenge those beliefs, values and attitudes which are inconsistent with historical biblical Christianity. The way we do this challenging is critical, though. All too often Christians react aggressively against people with whose ideas they disagree. They speak and act in ways that bring shame on the church. Instead, we are to be like Jesus Christ who ‘came from the Father, full of grace and truth’ (John 1:14). Paul’s approach of first finding things to be positive about, and then graciously, but firmly, challenging the areas of disagreement may still lead to people rejecting what we have to say, but it also earns enough respect to open up potential for further dialogue.

Third, as we highlight the positives and negatives, the ultimate goal is for the truth claims of the Christian faith to be clearly heard and understood. We must help people to see the extraordinary relevance of these claims to the issues, hopes, fears and hurts of the world around us. The good news of Jesus Christ is always relevant, but the tragedy is that, in our media-saturated world, many people (sometimes Christians themselves) do not realise how.

Every form of storytelling, every art form, every strand of the media can can be a bridge for communicating the good news of Jesus Christ. Why? Because the media touch on big questions, examining issues of identity, morality, power, religion or sexuality, or exploring the nature of happiness, freedom, love or spirituality. And thinking Christians should have plenty of good things to say on every one of them. Which is why developing media awareness is such an urgent need.

The seatbelt sign has gone back on: I need to disconnect from my electronic equipment for a while.