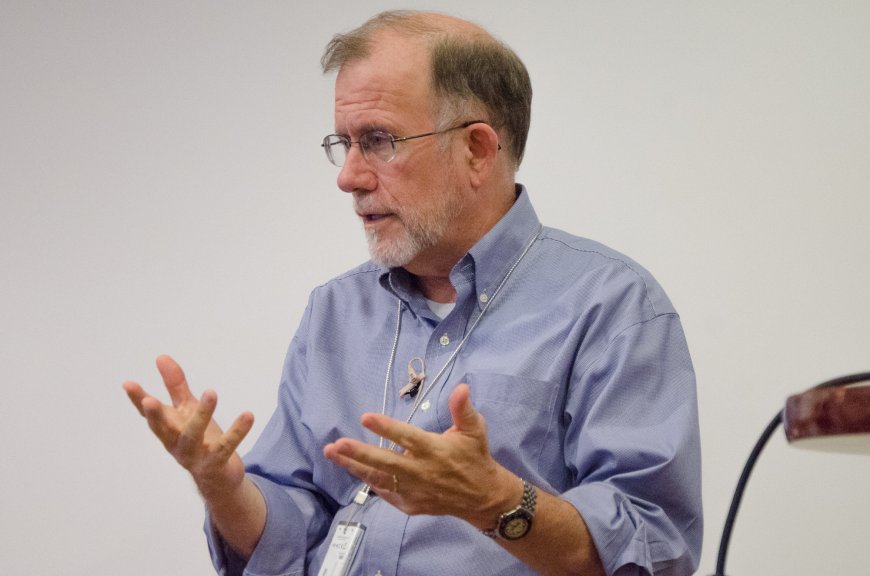 Michael Cromartie has been described as ‘one of the most important figures in modern American Christianity.’1 Michael, who died in late August 2017, played a crucial role in helping journalists to understand the place of religion in public life. He was the director of the Faith Angle Forum (part of the Ethics and Public Policy Centre in Washington D.C.), which he set up in 1999 . This article is based on an interview with Lars Dahle at the European Leadership Forum in 2015. 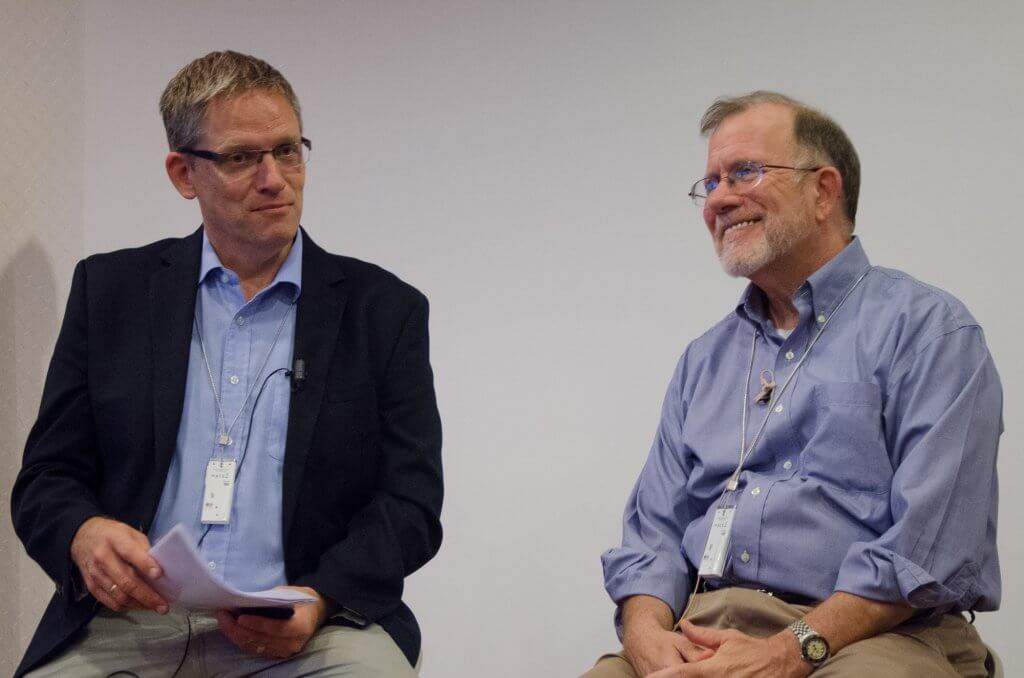 Cromartie’s advice to Christians in media

The media can be a challenging place for evangelical Christians to work. Michael Cromartie’s number one piece of advice to such people was to remember that all of life is important. We are all called to ministry – but that does not just mean preaching. The reformers taught that everybody’s calling, whether making shoes or preaching the word, is of equal importance. Your vocation has meaning and you can bring glory to God within it.

In the journalism world, Michael Cromartie insisted, one of the most important things for a Christian is to be Christian. Christians should be known as people of integrity and honesty, who don’t slant the news to make their case. Fellow journalists should respect Christian colleagues because of the people they are. They should see that Christians believe in the truth, and want to get at the truth even if it’s bad news for Christians, like church scandals. ‘You’d be surprised,’says Cromartie, ‘how rare that is.’

All of life is sacred

Michael lamented the way we exalt heroes of the faith yet not realise that people doing faithful work where they are can also be heroes of the faith. In a celebrity culture, we tend to elevate people who have written bestselling books or who are great communicators of the gospel.

He highly valued Os Guinness’s book The Call2 because it says that God can use everybody, everywhere in ways that we may not know at the time.

When Michael became a Christian in high school, he assumed he should go to Bible college and become a pastor. But he met people who helped him understand that this is a specific calling for some, not for all Christians. Instead, he worked in public policy for around 40 years.

He learned, especially from the Reformers, that all of life and everything we do is sacred. That is very important – especially for young Christians. You can be an influence for the kingdom, and yet no one might know about it. As Os Guinness says, we live before the audience of one – God. Michael called this ‘a liberating truth’: it allows us to never feel insignificant. 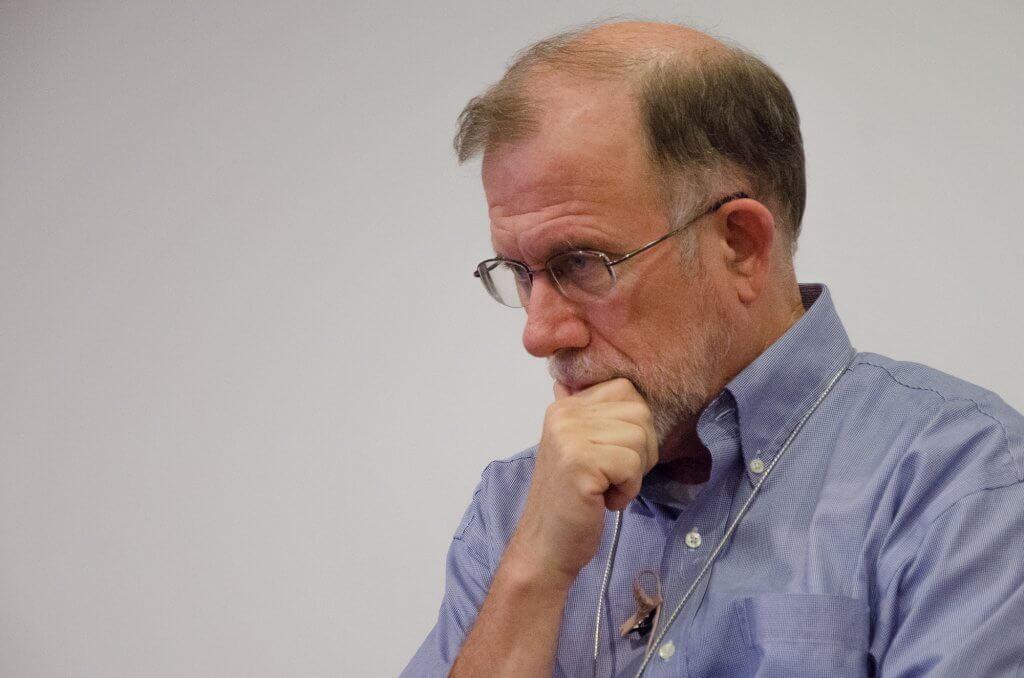 In The Case for Civility,3 Os Guinness writes about the global public sphere. He points out problems with both a religion-dominated ‘sacred public square’ and a secular or ‘naked public square’. Instead we must strive towards a ‘civil public square’ where everybody is free to enter into it and engage in public life.

This is a very relevant perspective for Michael Cromartie’s work with the Faith Angle Forum. Journalists who cover politics keep running into the ‘faith angle’. That is, they keep running into the fact that there are many religious believers involved in public life. It is important that they know about American evangelicals, or varieties of Islam, or what it meant to have a US presidential candidate who was a Mormon.

Cromartie gathered groups of twenty journalists in a remote spot on the Florida coast twice a year to talk about religion in public life. He helped them understand a range of traditions and issues so that they could cover religion in public life in a fair, balanced and civil way. He would bring the best scholars on a particular subject to address the journalists, and then moderated the lively dialogue. Well away from Washington, the journalists would relax, put their political differences on one side, and be open to gain new insights.

Michael felt that church leaders tend to see journalists as enemies. But they forget that journalists are all on very tight deadlines. They don’t have time to study the history of something that may be very familiar to someone who’s been to seminary. They get criticised for not going into enough depth on something, but may have had an editor pushing them for the story on a three-hour deadline.

The Faith Angle Forum gatherings gave them two days to slow down, reflect, and hear a scholar on a relevant topic. ‘They would take 10 pages of notes and find out who the best thinkers are in the area and what it all really means,’ Michael said. ‘That is a wonderful benefit to them.’ 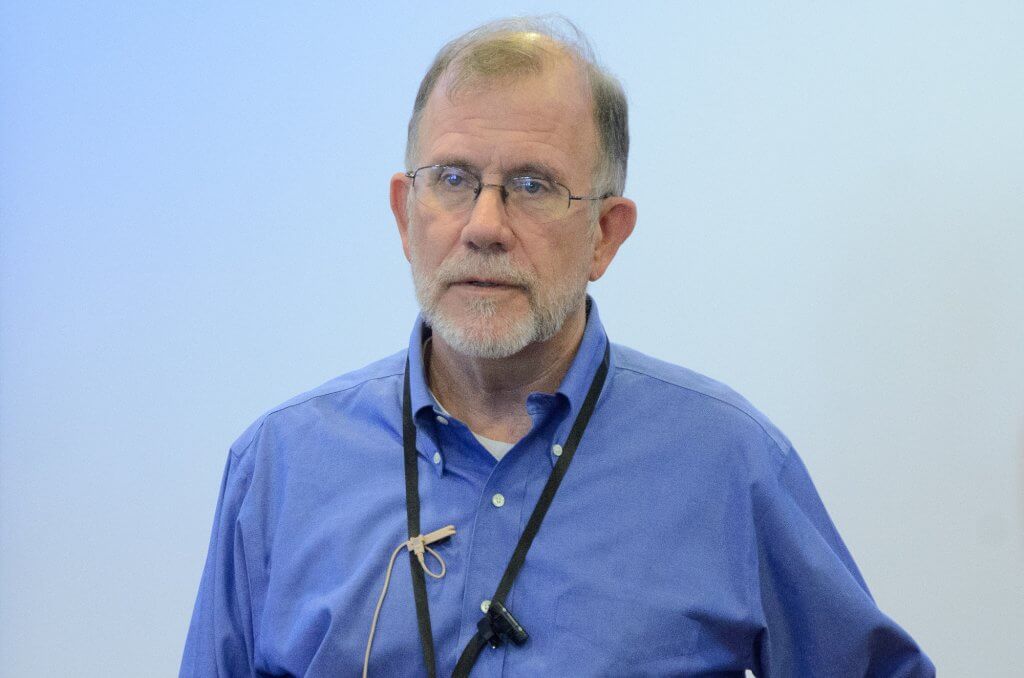 Giving the best scholars a platform

Some scholars would look at all these well-known journalists and say, ‘My goodness, I get to share my research with some of the best reporters in the country.’ Cromartie reflects, ‘I think they all came away impressed that the journalists were very smart and they had really curious questions and honest questions. They are some of the smartest journalists out there, but they have penetrating questions they want answers to.’

Michael gave the example of Jeffrey Hardin from The University of Wisconsin. Hardin presented an overview of different ways Christians look at science and Genesis. Michael noted that, ‘Many journalists think there’s the fundamentalist view and there’s the liberal view, and there are no views in between. But they got a real overview of the differences.’ He continued, ‘[Jeffrey Hardin] did it with such winsomeness and articulateness, it was wonderful.’ 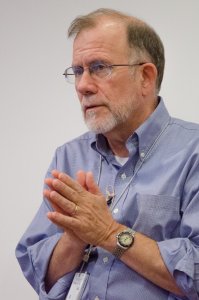 ‘I love busting their stereotypes,’ said Michael with a grin. ‘Them coming in and thinking, “You can’t be that smart and be a conservative Christian,” and then they meet somebody like Jeffrey Hardin and they go, “Wow! What a brilliant man!”’

Not every session of the Faith Angle Forum was on how to understand Christianity. There was a session on ‘The theology and ideology of Isis’, with a leading expert from Princeton University and another colleague. Both speakers wanted the journalists to understand that Isis is rooted in a theology that the jihadists take very seriously. That was news to the journalists.

The subjects covered all sorts of religious aspects and issues, but they were often about evangelicals. Tim Keller talked at one conference about the the state of American Evangelical Christianity. Immediately, the journalists all wanted to talk about same-sex marriage and ‘What do you think about this?’ and ‘Why do not agree with this?’ ‘It just went on and on,’ Michael remembered. ‘But Tim was extremely articulate and gracious and sharp.

At one point, a well-known journalist from Fox News, who is a fellow believer, raised his hand. He said, “Reverend Keller, it seems to me that everyone else in the room here wants to talk about sex, but I want to ask you, how you choose hymns in your church?” So Tim Keller gave a long answer about how they mix contemporary with classical, and all these journalists got a lesson on hymn singing from the Redeemer Presbyterian Church pastor.

Keller was thrown into the midst of this conversation about same-sex marriage which he handled with theological dexterity. ‘But the pressure was on and some people would not let go,’ recalled Michael. ‘Even some journalists who call themselves evangelical.’ 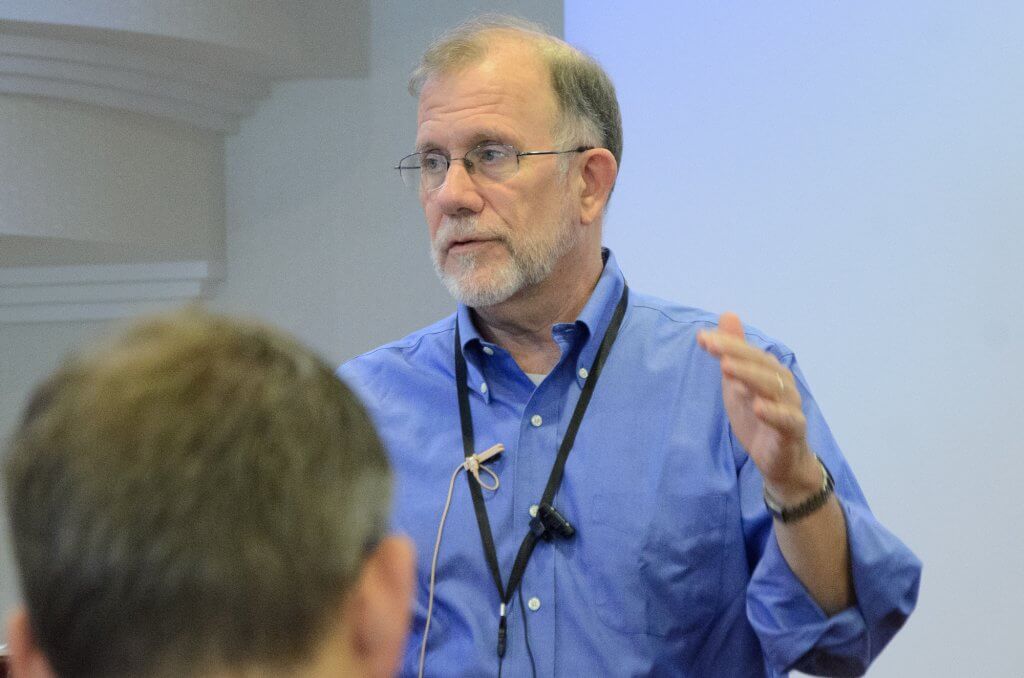 Hearing the other side

At one gathering, a woman who was very much on the political left and a man who was very conservative were both asking Rick Warren tough questions. Afterwards, Jeffrey Goldberg of The Atlantic said, ‘Nowhere else in the world is anybody getting these kinds of people together in dialogue with somebody like Rick Warren. This is unique.’

Cromartie says, ‘I’m not just getting together our friends on one side of the political perspective, but we are intentionally inviting diversity so that they can engage each other in civility. By the way, what I’ve learned from that is that you really learn a lot because you get to hear viewpoints that you don’t always hear everyday, expressed in a real articulate fashion. And somebody from the other side say, “That’s not at all the way I see it and you’ve misrepresented what I think,” and a dialogue occurs between them. And they like it because we’re all in the habit of just hanging out with people we agree with all the time.’

Learning to listen and to articulate other perspectives than the ones we share ourselves is part of what we all have to do when we are involved in media. We sometimes have to represent viewpoints or introduce people with whom we don’t necessarily agree, but we want to be fair and to listen. We want to gain respect for positions that we don’t agree with by understanding them – to be able to say, ‘I see now why you think that. I don’t agree with it, but I respect it.’ That’s an accomplishment.

You can watch the full interview with Michael Cromartie on the FOCL Online site.