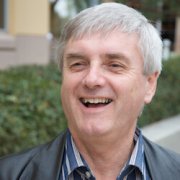 Iain Morris is a television producer/writer/director with independent film and television company Kharis Productions Ltd. He began his TV career in the 1980s with ITV and, subsequently, as an independent producer created programmes for the BBC and overseas networks. He has also produced films internationally for many Christian ministries including the BIlly Graham Evangelistic Association and the Lausanne Movement.

As part of the “Media Messages Matter” multiplex session during the Cape Town Congress in 2010, Iain Morris talked about the threats posed to Christian evangelism by the mass media, and also about the enormous opportunities which the mass media present to us.

Iain started by reflecting on the fact that the church has the massive task of communicating truth about God, but the mass media is full of confused and confusing messages about God. In particular, the media in the west frequently present a number of  specific challenges:

Iain then outlined the opportunity to openly and even-handedly explore such big questions. He introduced his television series, The God Question, which is a multimedia production inviting an open exploration of the truth about God in relation to: