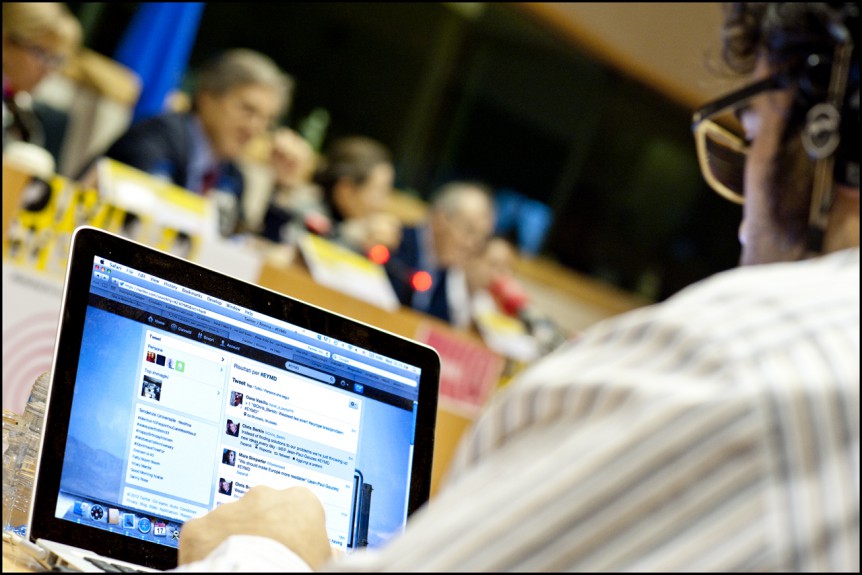 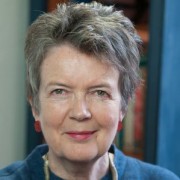 Dr Jenny Taylor is an author and journalist, and founder-director of Lapido Media, a London-based agency working with journalists to promote religious literacy in the public discourse. ‘Lapido’ is Acholi for ‘speak up’.

Thank you for raising us out of the gutter’ was how my editor put it, when I left my last newspaper – the Evening Advertiser in Swindon, UK. And I wasn’t a born-again believer yet – but was on the way: the only reporter not to fiddle her expenses (fiddling was actually budgeted); the only reporter who actually enjoyed the community beat; the only reporter who believed – and managed to convince – the hard-nosed features editor that community arts was worth its own section; the first to be assigned a race brief.

God is at work in us even before we can speak the required religious formulae – and is at work in a hundred more ‘secular’ newsrooms up and down the country.

A tabloid newsroom is surely one of the toughest places in the industry: while there I campaigned as National Union of Journalists branch vice-chair against the use of female flesh on every page, against the salacious page leads that revelled in human frailty, and against the exploitation of staff by unscrupulous bosses trying to cut corners by endangering our welfare (for which I was blacklisted).

Yet not once was I aware that my job was the subject of prayerful concern by any church. 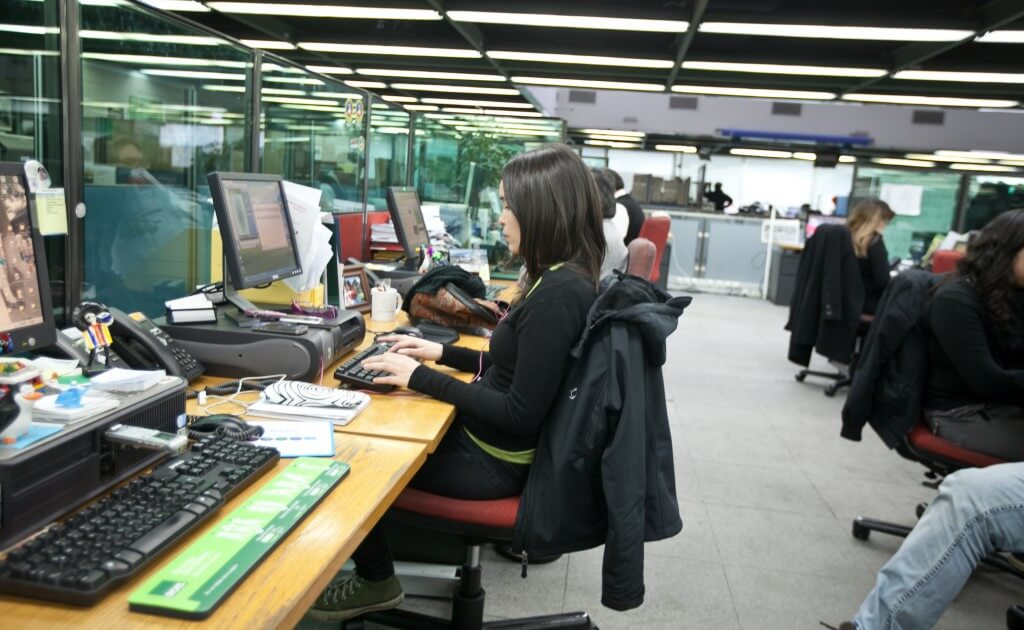 The church itself was firmly stuck in the ‘God-slot’, just as it still so often is, looking in on itself. (One of the Church of England’s so-called ‘media bishops’ believes he’s done his job by getting on to BBC Radio Two’s Pause for Thought.) The licensed expression of religious views on sanctioned, carefully circumscribed platforms is not where it’s at, as far as I’m concerned. Truth is bigger, and God is wilder than that.

The so-called secular media is not a no-go area for Christian truth. Christian truth is not to be kept carefully corralled in the religious press, or allowed out when it looks ghastly or crazy – as with paedophile priests or the vote on women bishops in the UK.

The truth is journalism’s business. It doesn’t need a Christian label. Journalism grew from the struggle of Protestants against state censorship in the 17th century – a vicious campaign which now forms the basis of our civilization. Milton’s Areopagitica was a passionate tract on free speech, based on freedom of conscience and it grew from there:

“Though all the winds of doctrine were let loose to play on the earth, so Truth be in the field, we do injuriously, by licensing and prohibiting, to misdoubt her strength. Let her and Falsehood grapple; who ever knew Truth put to the worse, in a free and open encounter?” 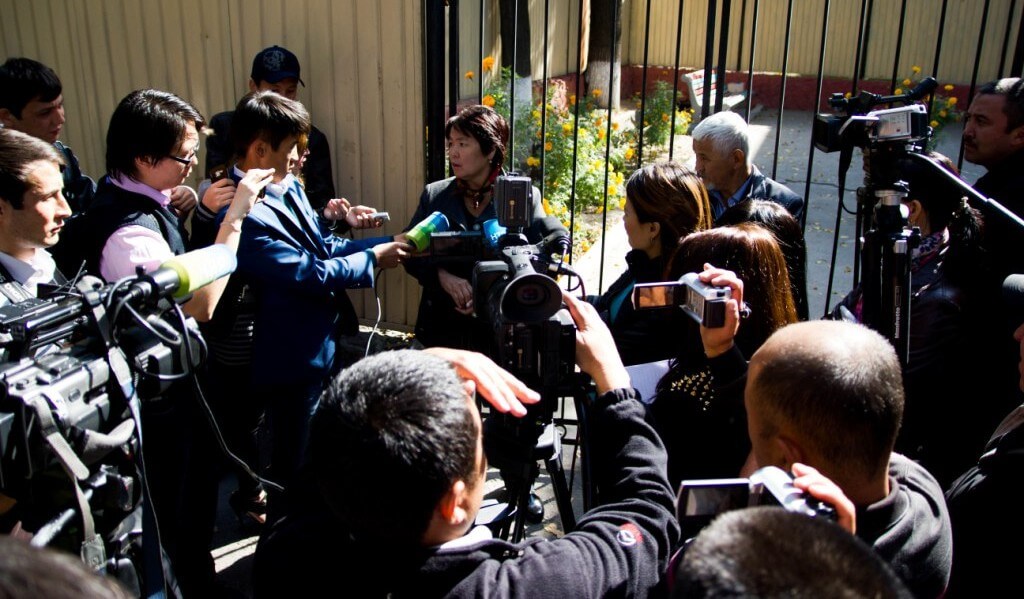 My own experience as a ‘secular journalist’ (trained by the UK National Council for the Training of Journalists; one of two out of 700 to land a job with the Yorkshire Post that year) has rarely been valued by the church.

Despite the openness of the press to the kind of stories we have to tell, and the huge importance to our causes and concerns of using every medium available to us, Christians really have too often left the building.

This can be all-too-literally true. When I was the editor for one mission agency, we found ourselves the focus of a media frenzy after an aeroplane went down over Kathmandu, killing everyone on board, including one of our young families returning to a hydro-power project. With three tabloid photographers already in the building and the switchboard jammed with journalists, the development director ordered me to say nothing; and the personnel director who had all the relevant information, actually fled without speaking to me first.

Yes, it’s scary stuff, calling for a steady nerve and the right kind of experience, which – because it’s unrecognized, unvalued, and un-invested – is too often in short supply.

Senior mission executives are right to fear for the security of their personnel, and the tricky state contracts under which they operate in hard places, if the media shine their unkind light on sensitive work. But the instinct to hide, to control, to censor is at odds with the constant hum of complaints from the same people about unfair representation and media bias.

Journalists are curious, open people often fed up to the back teeth with corruption, selfishness, and sin (to use our own jargon). Present them with altruism, self-sacrifice, and stories of stunning transformation, and the results can astonish.

That same plane crash resulted, after I called a press conference via the Press Association, in front page coverage of our missionary family in every newspaper in the land – and the Daily Mirror published their prayer card.

We may not like the headlines (they’re always written by subs whom we never meet) or the way the press have to handle the story. But we can still get our line in there – and communicate with hundreds of thousands of readers, listeners and viewers: souls who may never get any other exposure to our good news. 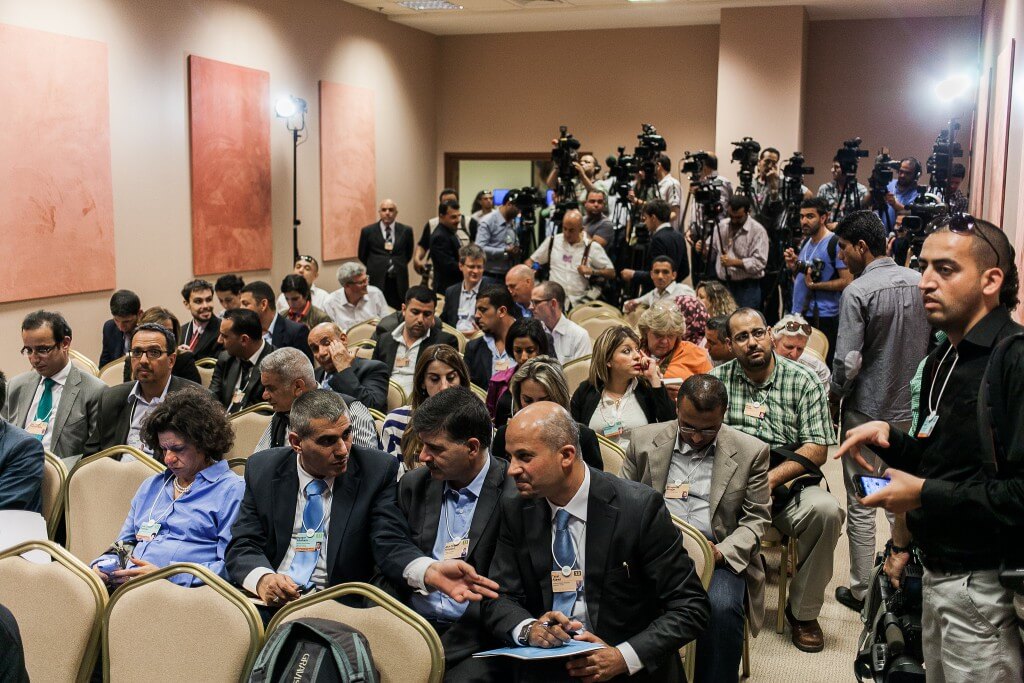 After the Westminster launch of the ‘All-Party Parliamentary Group Report on Christian Persecution’, the principal contributor was offered the chance of an accompanied meeting with a Daily Star journalist. Yet this evangelical Christian leader, who was desperate to get publicity for the plight of brothers and sisters in Iran, refused to talk to him.

The story went ahead anyway – without a quote.