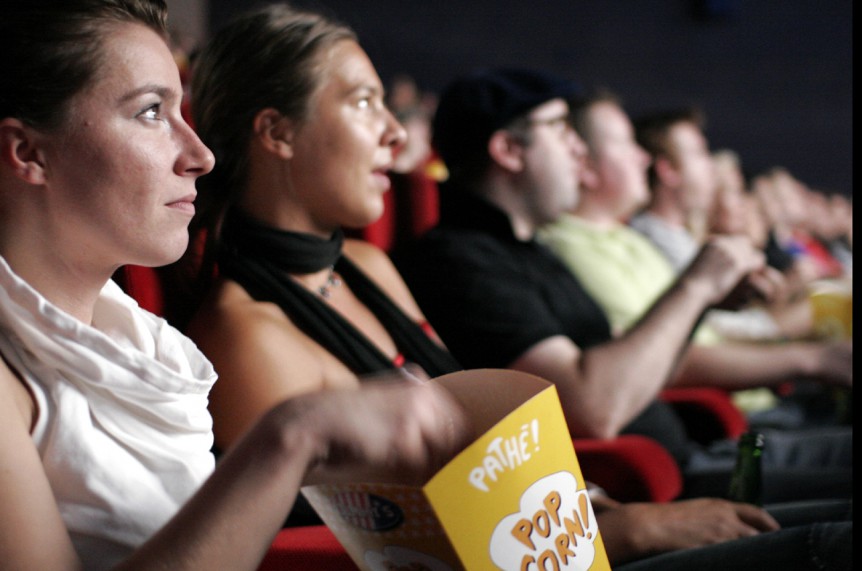 Why use film in Christian communication?

Although aspects of the Christian worldview still do hang on in western culture, it’s all too obvious that very few films communicate much of it clearly. As I have already noted, films are primarily about telling a story, and often the worldview aspects provide the framework for that story rather than being part of it. And it’s also blindingly obvious that many films are expressing other worldviews altogether. Perhaps surprisingly, all this does not create a barrier to using films when communicating. Ironically, at some levels, it’s a positive advantage. The reality is that just about everyone is already thoroughly immersed in a culture which is full of competing worldviews. The mediascape is such a part of our lives that we are constantly exposed to a wide variety of influences. In this context, using film does two very important things.

First, it creates an extremely effective bridge into people’s lives because it is so familiar to them, just as altars and Greek poets were an effective bridge for Paul in Athens.1 Using examples from the media world immediately connects with people, especially younger people. This is very often true even when the film is not one which is particularly popular. There clearly are films which barely connect, but younger generations generally have such a high level of media literacy that they respond to the medium of film itself, as well as to the content. As Marshall McCluhan famously said, ‘The medium is the message.’ When we do use films which are already relevant to our audience, the sense of connection is even greater.

Second, films deal with the big issues of life: subjects like relationships, sexuality, religion, politics, society, the environment, spirituality, meaning, purpose, love, happiness, identity or fulfilment. Any film is always, to some extent, about one of these issues, or something similarly significant. So if we can use film material which deals with one of these weighty themes, we are likely to be in a good position to stimulate some lively conversation. There is a Christian perspective on all these issues, which becomes easy to talk about once we have actually started talking about the issue in a way that engages people. We need to think carefully about what a film is saying about these big themes in terms of the worldview aspect we have considered above. Then we need to ask how this compares with a Christian worldview.

It is important that we try to use films with integrity. If we just want to use a clip rather than an entire film, we need to put that clip in context and use it in a way that is fair to its context within the film as a whole. Don’t focus primarily on finding film clips which illustrate (whether positive or negative) some aspect of Christian truth. Instead focus on exploring how the big themes (which are at the heart of all narratives) are worked out, and on how the five worldview aspects are expressed. It does take practice.

If we are going to use films as a positive way of engaging with people, we will need to be careful not to keep responding critically to the films. It seems very easy for Christians to condemn aspects of contemporary culture, sometimes with good justification. But Paul in Athens was very careful to be positive about some aspects of his audience’s culture, as well as being negative about others. We must learn to affirm ways in which films express right beliefs, and right values, show right behaviour, explore the right issues and ask the right questions. It is also important to be clear about ways in which films express wrong beliefs and wrong values, show inappropriate behaviour or neglect important issues. So we need to celebrate the good, but graciously challenge the bad. We need to maintain the biblical perspective of seeing human beings as image-bearing rebels, and the films they make as manifestations of both sides of human nature.

Most importantly of all, we need to be alert for how films illuminate the deepest longings of the human heart, whether for love or freedom or happiness or fulfilment. And we need to recognise that these are just reflections of the deepest longing of all, the yearning for peace with God – a yearning which many people in western culture don’t recognise for what it is.