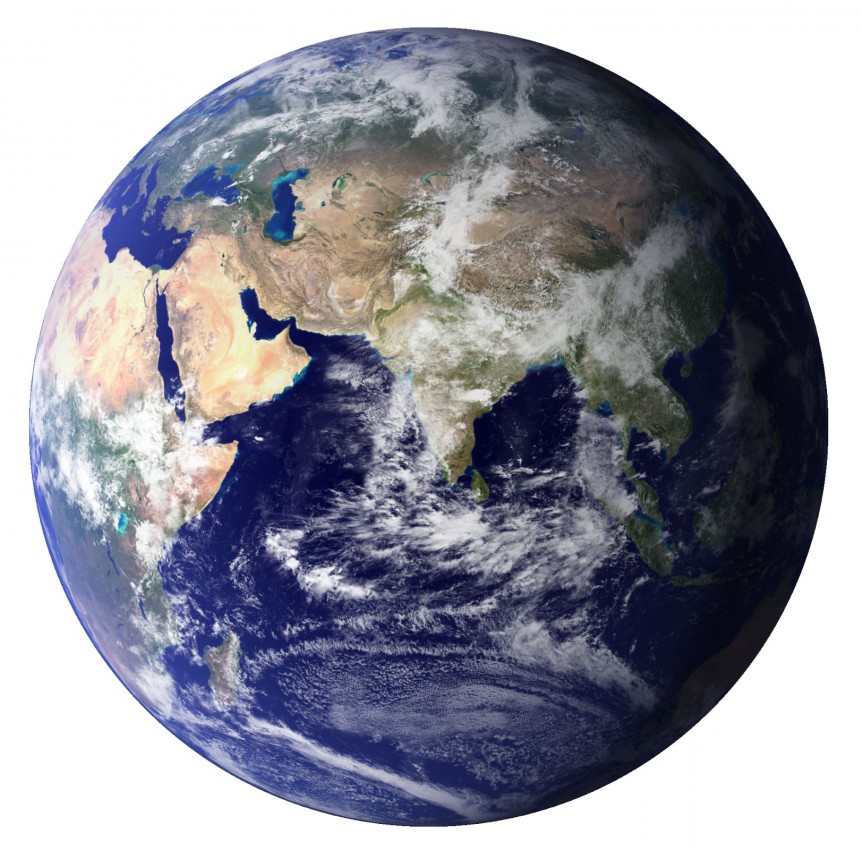 In the third part of this six-part series on using films in Christian communication, we start looking at the five key dimensions of worldviews. This series was first published on www.tonywatkins.uk, and is based on lectures given at Gimlekollen School of Journalism and Communications, Kristiansand, Norway. The series is available to download as a PDF.

There are five key dimensions of any worldview map to which we we need to pay very careful attention. They may seem a little abstract or theoretical at first. In fact, all of them have significant practical implications for life because they form the foundation on which the rest of life is lived. They are all inter-related, and each of them has many smaller features which we could to pay attention to. I can only introduce each of them briefly here.1

The first dimension is reality itself. What kind of world do we live in? What really is real? Is it just the physical world, or could there be a spiritual world, too? And if so, what kind of beings live in it?

Film has become a global medium, but the majority of the films we see are the products of western culture – a culture which has been profoundly shaped by Christianity for centuries. As a result of this, a significant number of films assume a broadly Judeo-Christian view of reality. That is, the material world is not the sum total of what is real; there is also a spiritual realm. Occasionally, there are films which make this very explicit. Bruce Almighty (Tom Shadyac, 2003) and Evan Almighty (Tom Shadyac, 2007) are are two obvious examples. The Exorcism of Emily Rose (Scott Derrickson, 2005) is another. Here Christian and rationalist perspectives on the nature of reality are pitched against each other in a tense court-room drama with horror sequences.

Often the existence of some spiritual reality is explored through stories in which the central characters are asking big questions about life, or are facing some major crisis. Michael Keaton’s directorial debut, The Merry Gentleman (2009), hints at the possibility of a spiritual reality: one of the two main characters, played by Kelly Macdonald, is inspired by a statue of Jesus she sees when wandering into a church one day. It seems that she is not at all sure of whether or not God really exists, yet there is a faint suggestion that a higher power may be at work behind the scenes.

Over the last century or so, several intellectual movements have strongly challenged traditional Christian beliefs. In particular, atheism2 has become an enormously significant force in the west. Very many films contain no reference to, or even a hint of, God or a spiritual dimension to life. That doesn’t necessarily mean that they are based on an atheistic worldview, though. Obviously, spiritual dimensions simply aren’t a particularly relevant aspect of many stories. Some films, though, clearly have a view of reality which excludes the spiritual, or is at least sceptical about the idea.

Woody Allen’s well-known scepticism about the existence of God is expressed in many of his films. In Vicky Cristina Barcelona (2009), for example, Vicky (Rebecca Hall) and Cristina (Sacarlett Johansson), meet an artist, Juan Antonio (Javier Bardem). He invites them to join him for a weekend in Oviedo, where he plans to visit a sculpture he finds inspiring. The statue he shows them is of Jesus on the cross. Cristina asks him if he is very religious. Juan Antonio insists strongly that he is not, and adds, ‘The trick is to enjoy life, accepting it has no meaning whatsoever.’

Ricky Gervais’s atheism is clear in his film The Invention of Lying. It is about a world where people can only speak the truth until Gervais’s character, Mark, suddenly discovers the ability to make things up. One of the things he dreams up, in order to comfort his dying mother, is the idea of a kindly ‘Man in the Sky’. Everyone automatically believes that Mark is telling the truth, so his falsehood spreads like wildfire, and he embellishes it further. Eventually he has huge numbers of followers believing his lie. The implication is clear: religion is nothing but a human invention to stop us feeling afraid.

The nature of reality is clearly a central question in Jon Amiel’s film about Charles Darwin, Creation. It shows Darwin (Paul Bettany) struggling with the question of suffering in the world. He is troubled by the apparent cruelty of the natural world, and he presses his friend, the local vicar, on the question of why God created 900 species of intestinal worms. Much more personally, Darwin is torn apart by grief over the death of his much-loved daughter Annie, aged 10. Darwin has concluded that, if there is a God, he has done nothing other than start everything off, and is not at all involved in the world.

Eastern ideas have been an influence on films since the hippy days of the late 1960s, but particularly since the emergence of New Age spirituality in the 1980s. The eastern understanding of reality is that the physical world is illusory, and that the only true reality is spiritual. This perspective comes through very strongly in the Matrix trilogy. Hindu and Buddhist ideas pervade all three films (along with many other influences, including Christianity, Greek myths and postmodernism), especially in its questioning of the nature of reality. In The Matrix (Andy and Larry Wachowski, 1999), Neo (Keanu Reaves) discovers that the apparently physical world in which he had lived his entire life is, in fact, an illusion – a computer simulation called the Matrix. He is rescued into another level of reality – a world largely destroyed through warfare between humans and machines. He learns to control the Matrix ‘reality’ by his mind; there is nothing he cannot do while he is within it. But at the end of the second film, The Matrix Reloaded (2003), Neo is able to use his mind to destroy enemy sentinels in the ‘real’ world (that is, not inside the Matrix). It is evident that this level of reality can be no more real than the Matrix. Westerners instinctively assume that this, too, is a computer simulation, and that there must be yet a further level of reality which really is physical. The Wachowskis never resolve this because, in eastern thinking, however, there is no physical reality; it’s all an illusion.

Most films coming out of Hollywood don’t deal with the question of reality very explicitly. They take for granted the existence of the material universe and sometimes have a vague suggestion of some further spiritual dimension. That’s because, even now, the traditional Judeo-Christian view of reality is still the default way of thinking for the majority of people. It’s a dualist view – seeing reality as composed of two distinct aspects. The rise of eastern and pagan or nature-based spiritualities, however, has led to beliefs about spiritual reality becoming increasingly fuzzy. We are at an interesting – and confusing – point in the development of worldviews in the west with people hanging on to some aspects of a Judeo-Christian worldview while rejecting the specifically Christian understanding of what it means and bringing in eastern or pagan ideas in their place.

In part 4, we look at the second of the five worldview dimensions.