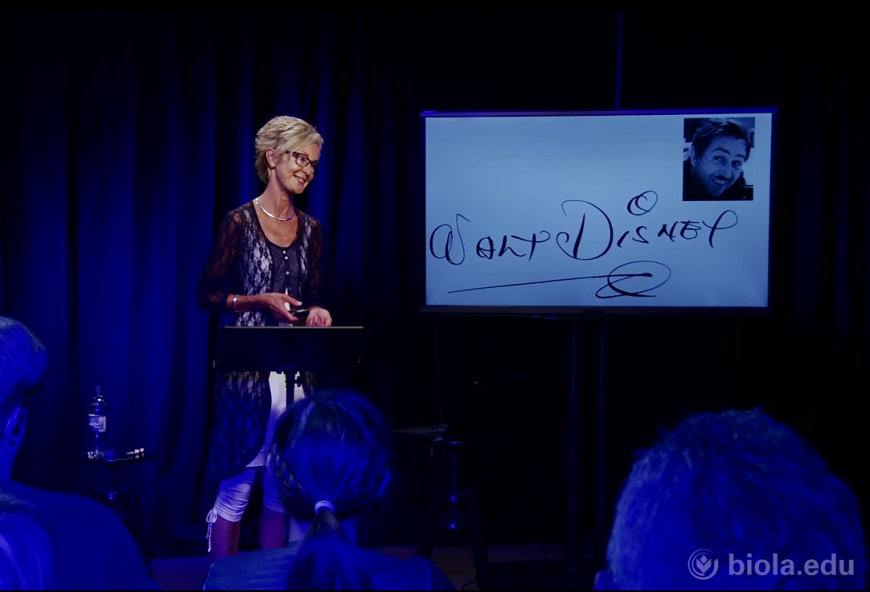 [author-compact title=”About the Author”] In early 2015, Margunn Serigstad Dahle spent some time at Biola University researching into the way Disney films deal with values and worldview. She gave a guest lecture in Biola’s Centre for Christianity, Culture and the Arts on ‘Key Values and Worldviews in the Disney Universe’.

Starting with an overview of Walt Disney’s origins and global influence, Margunn goes on to ask what it was about the stories that made them so immensely popular. She talks about the importance of applying what John Stott called ‘double listening’ – listening to the word and to the world – to what children are watching. All stories express worldviews, whether deliberately or not, and we need to be alert to them.

In the case of Walt Disney, he wouldn’t allow religion into his films, but the key thing in the stories is magic. Film is an extremely powerful medium, which quickly and easily gets into children’s minds and hearts. Disney knew this, and from Snow White and the Seven Dwarfs (1937) onwards was dubbing films into multiple languages so that it could be accessible to audiences worldwide. What have Disney’s films encouraged viewers to have faith in over the decades? What are the values and worldviews in the Disney universe?

After Margunn’s lecture, faculty members Rick Langer and Thaddeus John Williams gave a response, and there was a time for questions and answers: